Duration: 11 Nights
Visiting Kenya & Rwanda
Starts-ends: Nairobi-Kigali
15 Reviews
From $ 440
Browse more safaris
Garden Route National Park's , a popular tourist destination in South Africa's Southern Cape. This location was formerly called Tsitsikamma by the Khoisan people who lived there. The Park encompasses 80 kilometers of rocky coastline with spectacular sea and landscapes, a remote mountainous region with secluded valleys covered in mountain Fynbos and temperate high forests with deep river gorges leading down to the sea, and a temperate high forest with deep river gorges leading down to the sea. The Tsitsikamma Section preserves an intertidal and marine paradise. This is one of the world's largest single-unit 'no take' (including fishing) Marine Protected Areas (MPA), preserving 11% of South Africa's Temperate South Coast rocky shoreline and acting as a 'laboratory' for fisheries baseline research on endangered line fish species. When it was established in 1964, it was the first Marine National Park in Africa. The Tsitsikamma Section has a long history of marine and forest use, and most local people rely on these two environments for life in one way or another. The prior resource use was of clear economic benefit garnered from the region and is now included into the Park. Today, the National Park contributes to the region's economic growth in a variety of ways. Tsitsikamma section of Garden Route national park in South Africa attracts tourists to the area, offers economic opportunities for local entrepreneurs (local trail guides, adventure operators, transport services, infrastructure development and maintenance services, etc.) and as an implementing agency for poverty relief programs, creates employment and training opportunities for some of the region's poor communities. Working for Water (Invasive Plant Clearing) and Coasts Care (Coastal Conservation) are two of the country's longest-running poverty-relief initiatives, both of which operate within the Park. The Tsitsikamma Section has a wide range of cultural heritage sites, from Khoisan cultural heritage sites like caves, shell middens, and rock art to more modern cultural history sites like the ruins of tiny fishing villages, vestiges of the previous timber industry, and cemetery sites. As part of the Cultural Mapping project, the park is mapping all of the Cultural Heritage sites that are located within the boundaries of the park. Currently, a cultural heritage oral history collection project is being developed to collect and analyse oral history data. Foreclosures and fishing are still prominent in the region's recent past, and this serves to strengthen links between the park and the local population by bringing the two together. Community people, community interest organizations, academic institutions, and researchers will all be involved in the process of developing and implementing these new procedures. U.N. officials urged nations to create marine reserves and parks during the 1962 Seattle National Parks Conference, the first of its kind. When the National Parks Board heard about it, they responded by declaring it a park. The first Coastal and Forest National Parks were declared in December 1964 by the Minister of Forestry and the Director of the National Parks Board (Government Gazette 1964). The original coastal park included an area of 59 km between the Groot River (east) (west of Oubosstrand) and the Groot River (west) (near Nature's Valley) and included an area of about 800m landward and 800m seaward of the low water mark (horizontal distance - contours ignored). By the end of September 1983, the park's seaward border had been expanded to three nautical miles between the Groot River in the east and the Bloukrans River in the west, with the remaining 0.5 nautical miles of seaward boundary remaining. In 1983, the Government Gazette reported that: The tiny Tsitsikamma Forest National Park was deproclaimed in 1989 (Government Gazette 1989) and the coastal park was renamed Tsitsikamma National Park (TNP). The De Vasselot Reserve (2561 hectares) was added to the park in December 1987. (Government Gazette 1987). Tsitsikamma National Park's seaward boundary was extended in April 1996. This portion goes from Groot River (west) to a point parallel to Grootbank and then back to Groot River (west) following the high water mark, all along the same seaward border. Following the original declaration, this park has been expanded to include contractual areas (National Parks listed on Schedule 5). Erven 382 and 444, as well as the remainder of erf 434 Nature's Valley, were added to Tsitsikamma as contractual areas in March 1995. As a contractual National Park, the farm Buitenverwachting was gazetted in 1996. Rand Mines Properties Ltd. obtained a 30-year lease on the 24 372 hectare neighbouring Soetkraal area in October 1991. 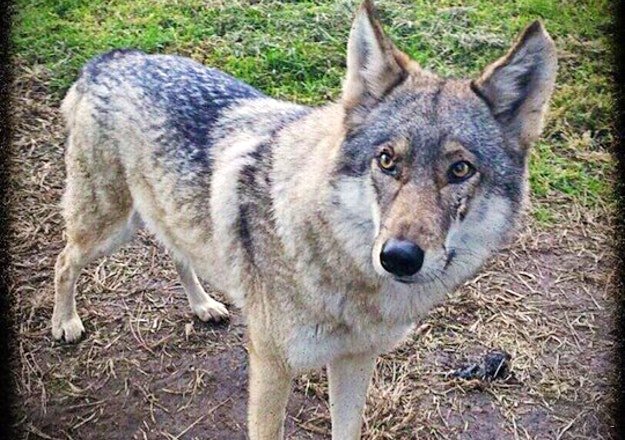 This was the first wolf sanctuary in South Africa and it is registered with Nature Conservation. When you visit the stunning Tsitsikamma region, bring the family along to see our wolves in action. A full day of outdoor fun with the wolves, including several dramatic encounters. When you're ready to relax and enjoy some quality time with your family, stop by our picnic area. Call ahead to find out when the wolves are fed so you can see how they would eat in the wild. Also offered are unforgettable night trips, which must be scheduled in advance.

There are three animal sanctuaries in Plettenberg Bay, South Africa that are part of the South African Animal Sanctuary Alliance (SAASA). The #HandsOffOurWildlife initiative is supported by all of SAASA's sanctuaries, which adhere to high ethical and responsible tourism standards. The SAASA sanctuaries are in the midst of creating a fourth sanctuary in Kwa-Zulu Natal, which will also be a monkey sanctuary. . 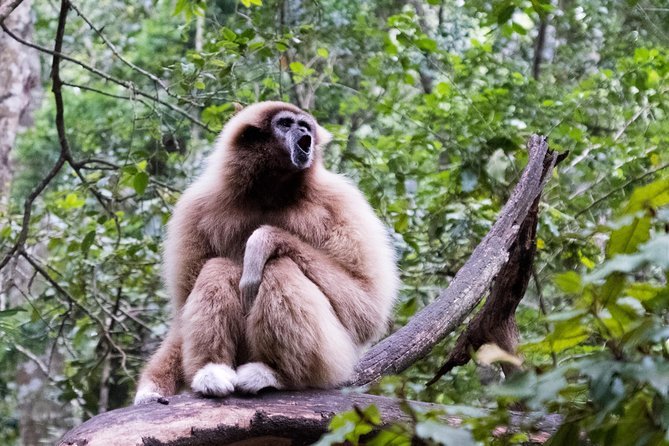 This is the world's first and biggest free-roaming monkey sanctuary, with approximately 550 primates of various types. For one hour, guests at Monkeyland may explore our 12-hectare forest with one of our knowledgeable and friendly rangers. In order to locate as many species as possible, the guides will allow their guests plenty of time to snap photographs and ask questions. 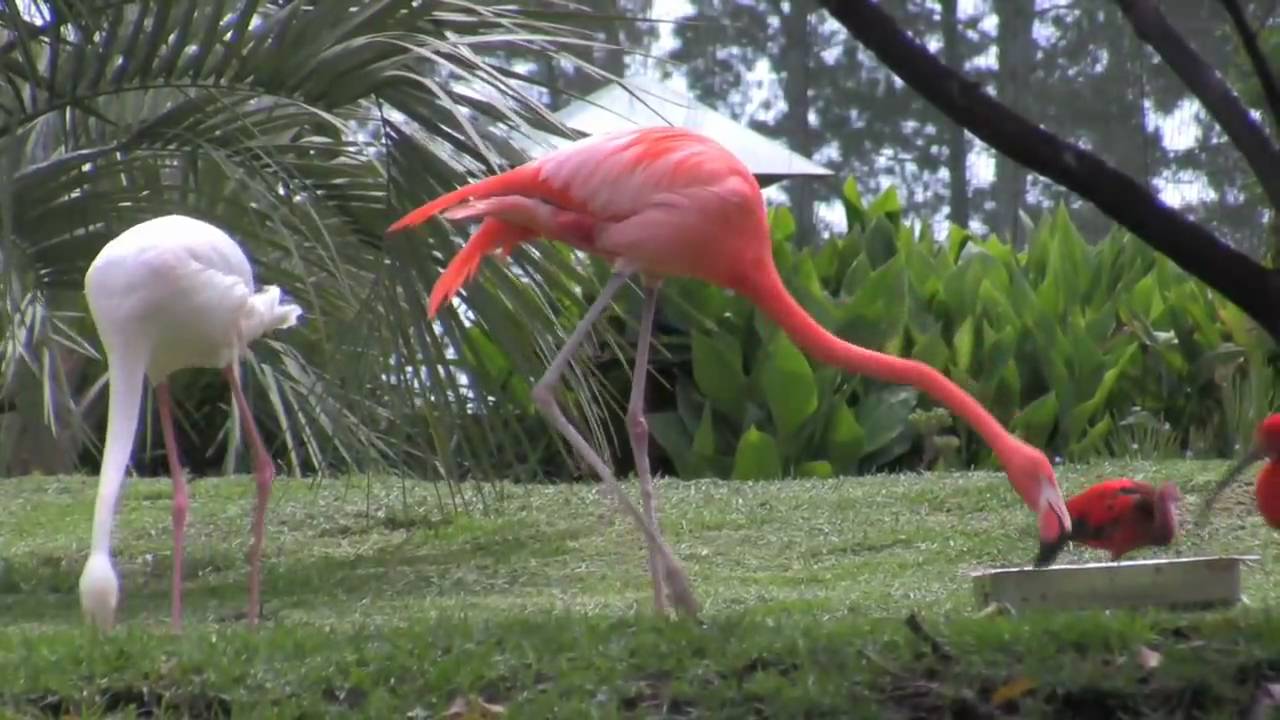 Birds of Eden is the world's biggest single-dome aviary with more than 200 species and over 3500 birds. Visitors may take a self-guided tour of our 3-hectare aviary on our specially constructed 1.2km boardwalks, or request a guide to take them around the aviary and teach them everything about the different species. 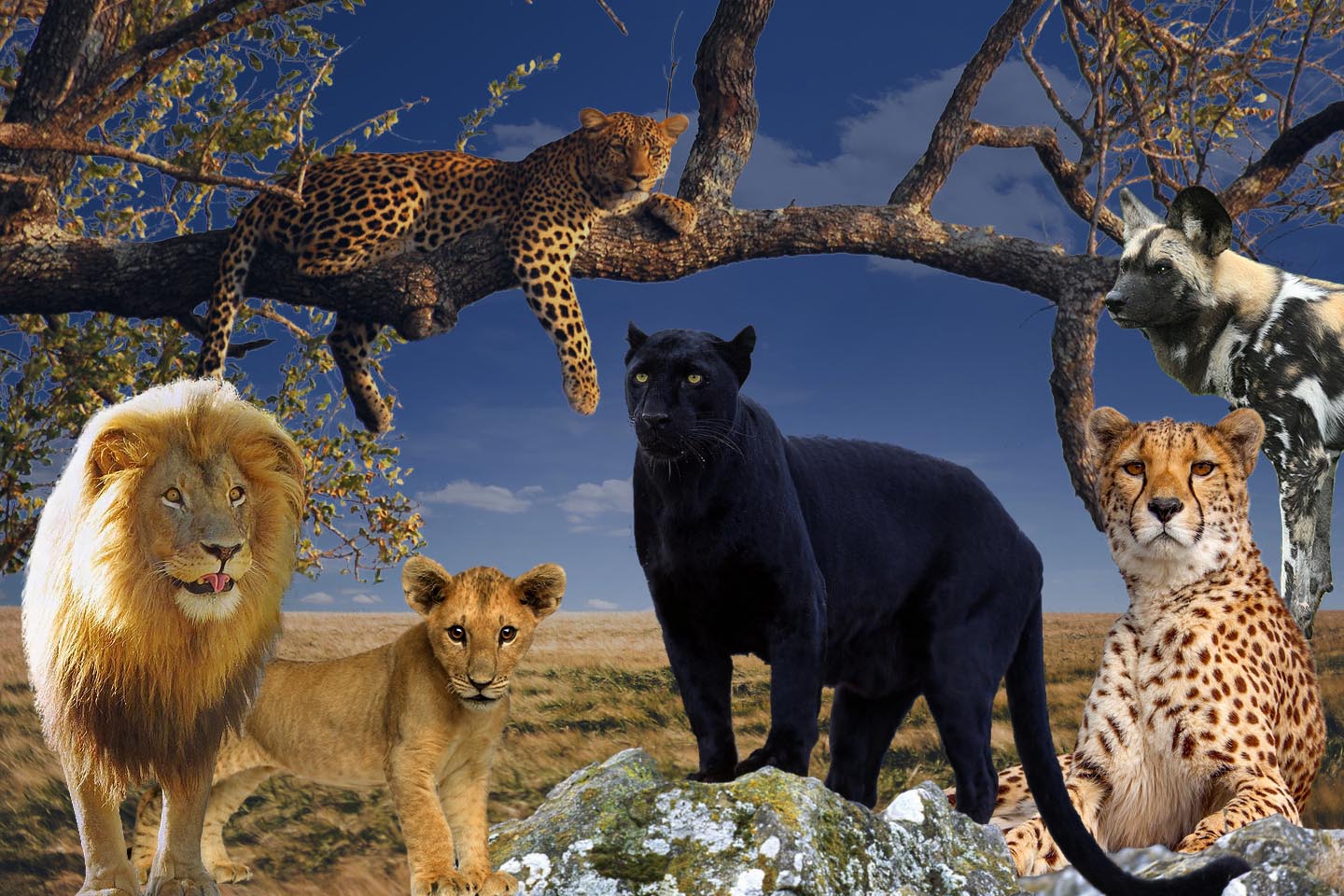 Enclosures built specifically for the animals' needs and personalities make this sanctuary one-of-a-kind. In addition to Apex Cats, Jukani is home to various predators and hoof animals. Visitors to the sanctuary have a 1 12 hour tour led by a qualified and experienced guide. As you go through the cages, the ranger informs you about the animals' past, present, and fascinating facts. We've got custom-built photographic ramps right here so you can get some incredible shots. 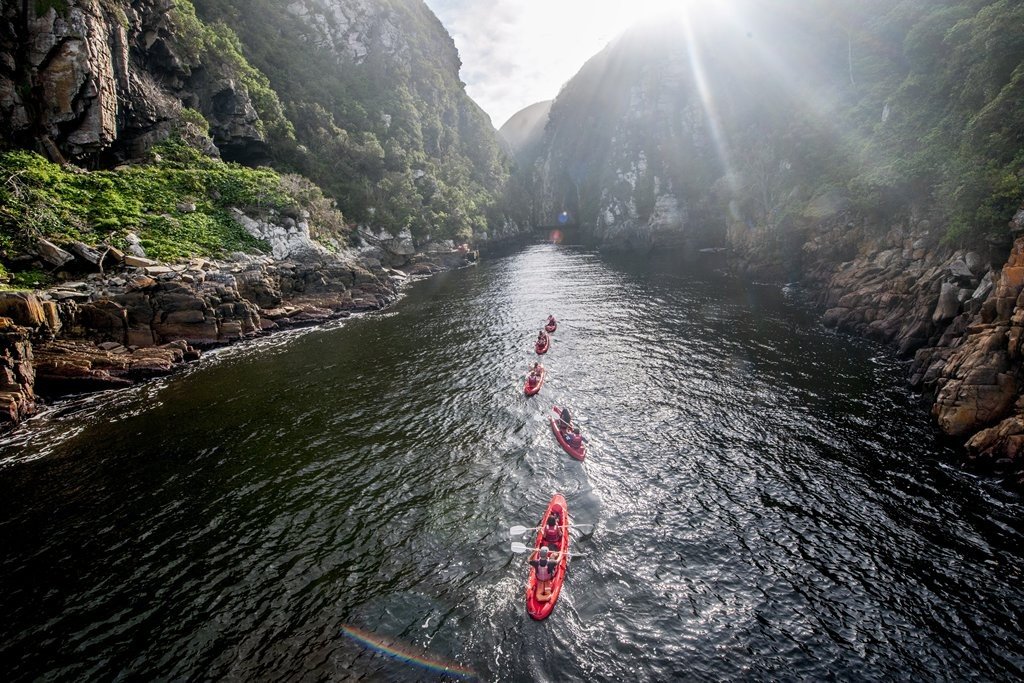 The unique kayak and lilo trip up the Storms River Mouth is the most popular activity. It's a close-up experience with Tsitsikamma's fabled Storms River. We begin paddling up the river in our kayaks, passing the bat cave, high cliffs, and breathtaking vistas along the way. At the rocks, we exit our kayaks and board the inflatable lilos to continue exploring the gorge and see parts of the Storms River that are not accessible by boat. After our 2-2 12 hour journey, we return to our business after a gentle wade further into the pristine valley and a few rock leaps. No prior knowledge is necessary; the tour is completely guided. If available, snorkel gear can be rented through Untouched Adventures. 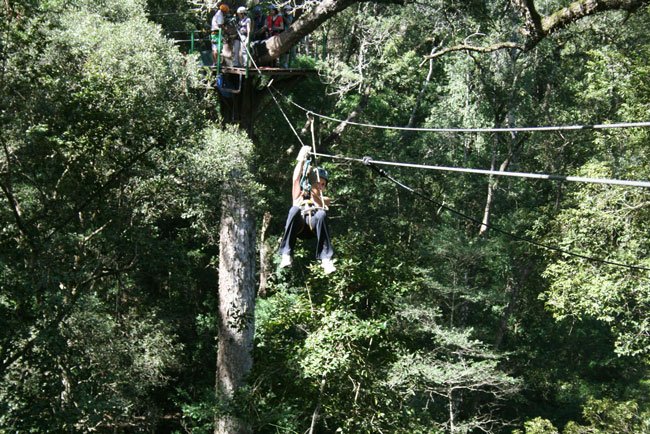 Transform ordinary tourism activities into extraordinary tourism experiences! You'll be suspended 30 meters above the forest floor on the Canopy Tour at Tsitsikamma national park, cable sliding from 10 platforms, tree to tree, while experiencing the beautiful and exceptional wildness of the Tsitsikamma Indigenous forest. Surrounded by wildlife, including a 600-year-old yellowwood tree called Uncle Sam in Outeniqua, South Africa. When put up against it, one might easily feel like a pygmy. 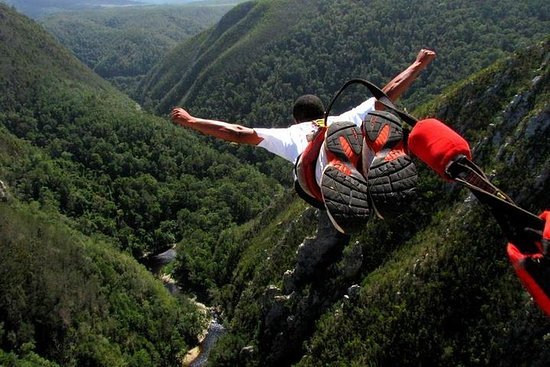 Africa's largest bridge has a bungy jump from the top of the archway. From the bank to the arch, you'll take a zip line to the jump spot. After that, it's time for the world's finest bungy jump! In terms of commercial bungee bridge height, the Bloukrans Bungy is the tallest in the world. It's also the world's highest commercial natural bungee jump. Bloukrans has been linked to several world records. It was announced that Bloukrans bungy was the world's highest commercial bungy jump in 2003, and it was. Other activities carried out in Tsitsikamma national park include; riding electric scotters in the indigenous forest of the Tsitsikamma national park, Blackwater Tubing, Quad biking, Zip lining, and Horseback riding among others.

Depending on where you are driving from and how much time you have, you could simply drive there. From Johannesburg, this is an 11 to 14 hour, slow drive. The Tsitsikamma Section is situated some 615km from Cape Town which is a 6½ hours drive, 195km from Port Elizabeth (2 hours’ drive) and 68km from Plettenberg Bay, approximately an hours’ drive. 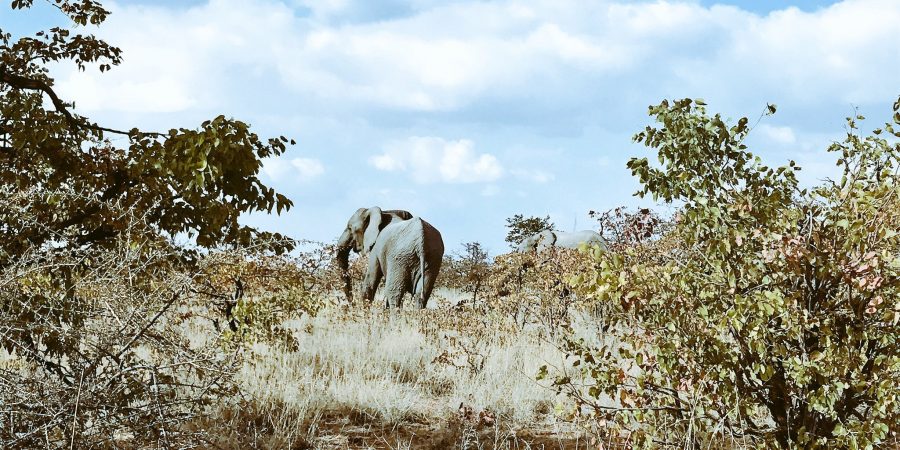