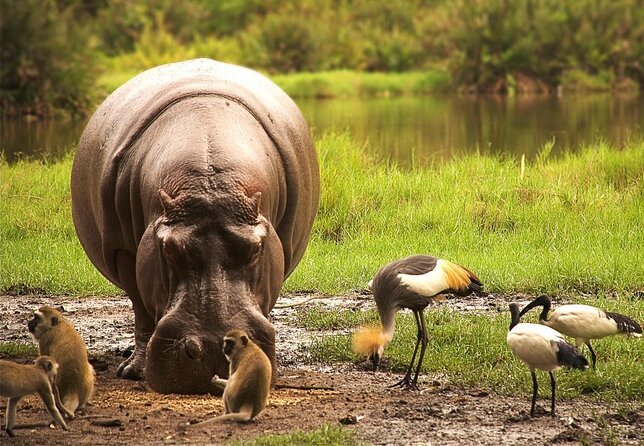 Visit Tsavo National Park in Kenya.: Tsavo National Park in Kenya is one of the largest national parks in the country, spanning over a radius of 13,747 square kilometers. It is divided into two sections namely Tsavo East and Tsavo West. This national park is also one of the oldest protected areas in Kenya and was first opened to the public in April 1948.

Tsavo national park is located within a semi-arid region previously called the Taru Desert. The national park is situated in the eastern part of Kenya, near the town of Voi in the Taita-Taveta County of the former Coast Province.  The two sections of the national park are divided by a road and railway line. The park derives its name from the Tsavo River which flows west to east through the park. 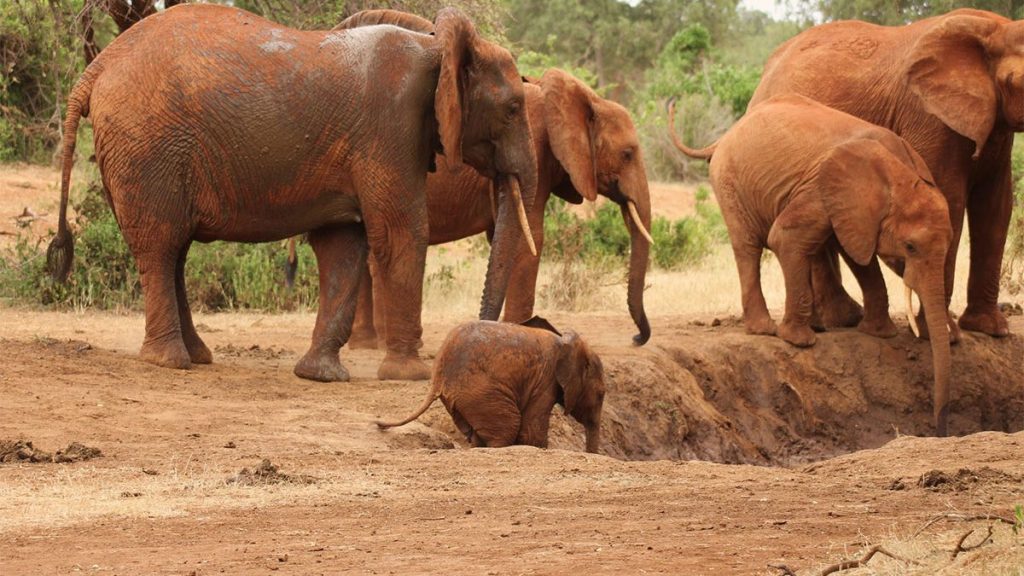 The national park borders the Chyulu Hills national park and Mkomazi Game Reserve in Tanzania. It is managed by Kenya Wildlife Service and has a large population of wildlife animals from elephants, zebras, Coke’s hartebeest, Aardwolf, bushbucks, African civet, duikers, eland, gazelles, genet and giraffes to mention but a few. This large number of wildlife species makes Tsavo national park one of the best destinations for wildlife viewing safaris in Kenya.

Apparently, Tsavo national park in Kenya is one of the largest game reserves in the world. The park offers visitors undisputed views of numerous wildlife roaming the vast savannah grasslands in the national park.

The national park is also well known for its man eating lions which were responsible for the deaths of a number of construction workers on the Kenya-Uganda Railway back in 1898. Tsavo national park has about 675 lions that are distributed between the Amboseli-Tsavo ecosystems. Most of the adult male lions in Tsavo national park are maneless which makes them quite a unique sight.

The Lugard Falls are situated in the eastern part of Tsavo national park. The falls are named after Captain Frederick Lugard and are birthed from Galana River which is the second longest river in Kenya.

This rock is basically a 1.6 km inselberg of layered rocks that act as a water catchment that supplies a natural dam below. The Mudanda rock offers an excellent view point for hundreds of elephants and other wildlife that come to quench their thirst during the dry season.

This dam was built in 1952 across the Voi River. The reservoir created by the dam attracts many wildlife animals and water birds. It is a great spot for tourists interested in doing birding when visiting the national park.

The Yatta Plateau is the world’s longest lava flow and it runs along the western boundary of the national park above the Athi River. The plateau is 290 kilometers long and was formed by lava from the eruption of OL Doinyo Sabuk Mountain. 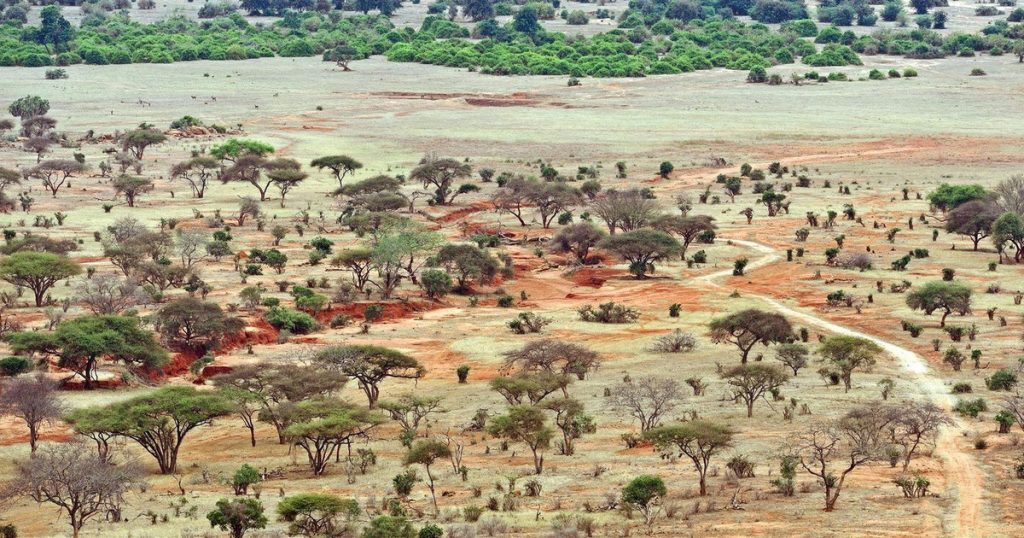 Wildlife in Tsavo national park is in abundance. In fact wildlife is the major tourist attraction in the national park. The park is home to the Big Five including Lions, Cape buffalo, Leopard, African Savannah Elephant, and Rhinos. Visitors can best view wildlife during a game drive in the park.

Game drives are the best option for visitors looking to view wildlife in Tsavo national park. Some of the commonly viewed wildlife animals in the park include; baboons, cape buffalos, hyenas, zebra, warthogs, waterbucks, impala, marsh mongoose, elephants, and giraffes to mention but a few. The national park offers visitors both day and evening game drives; with night game drives only for those who are interested in viewing nocturnal animals like lions, civerts, leopards, and cheetah  to mention but a few.

Where to stay during your visit to Tsavo National Park.

How to Get to Tsavo National Park.

By Road, visitors can access the national park from Malindi and enter the park through Sala gate; and from Mombasa through Voi gate. Tourists visiting the eastern section of Tsavo national park can access it through the Bachuma Gate entrance. 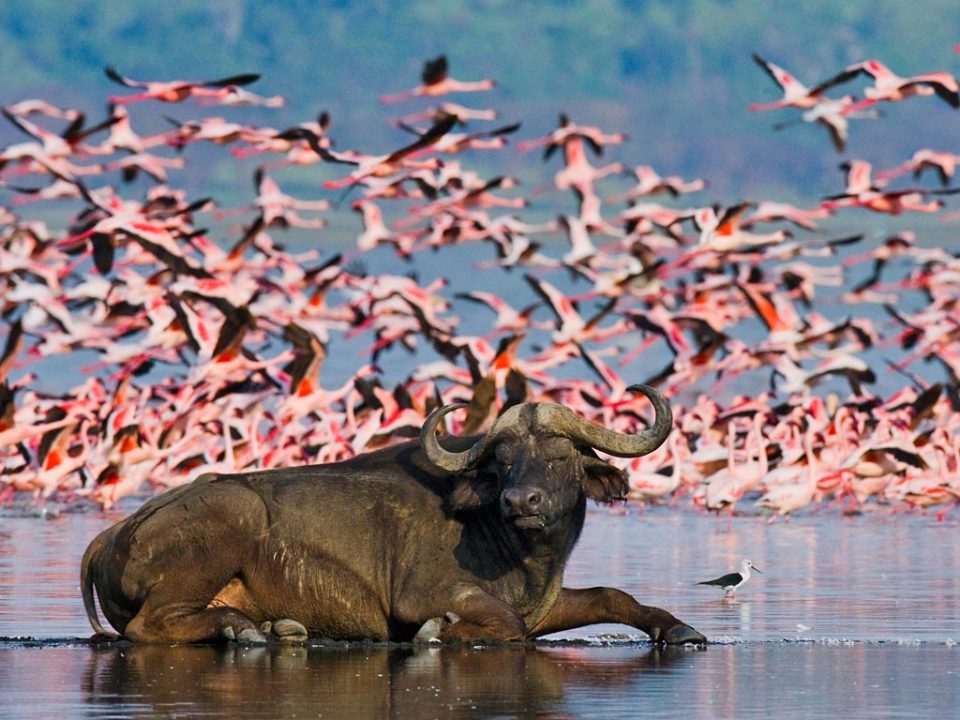 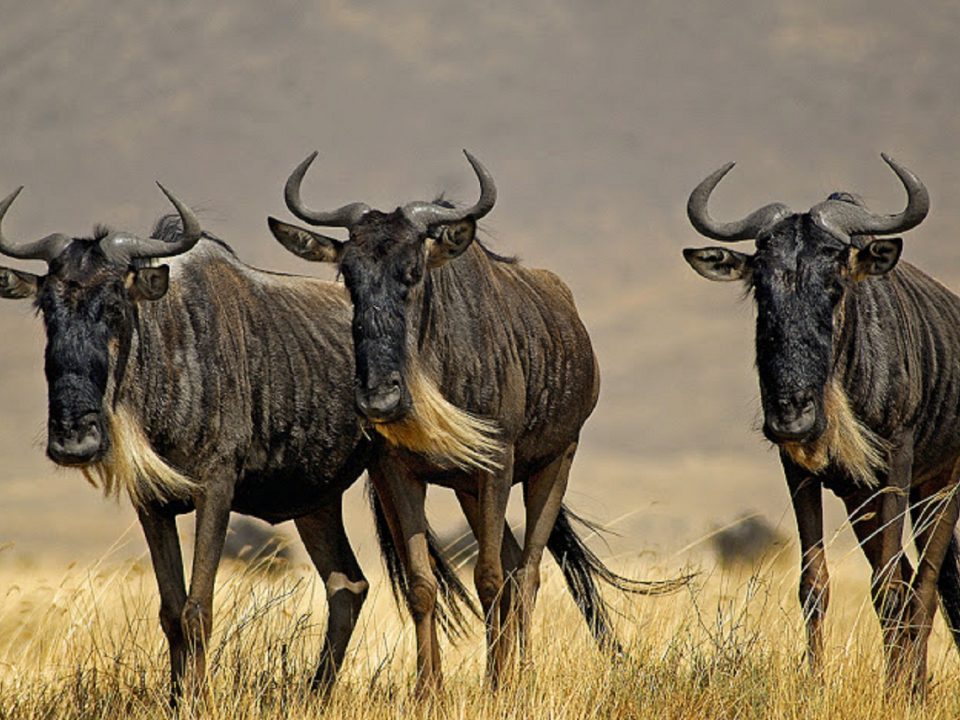 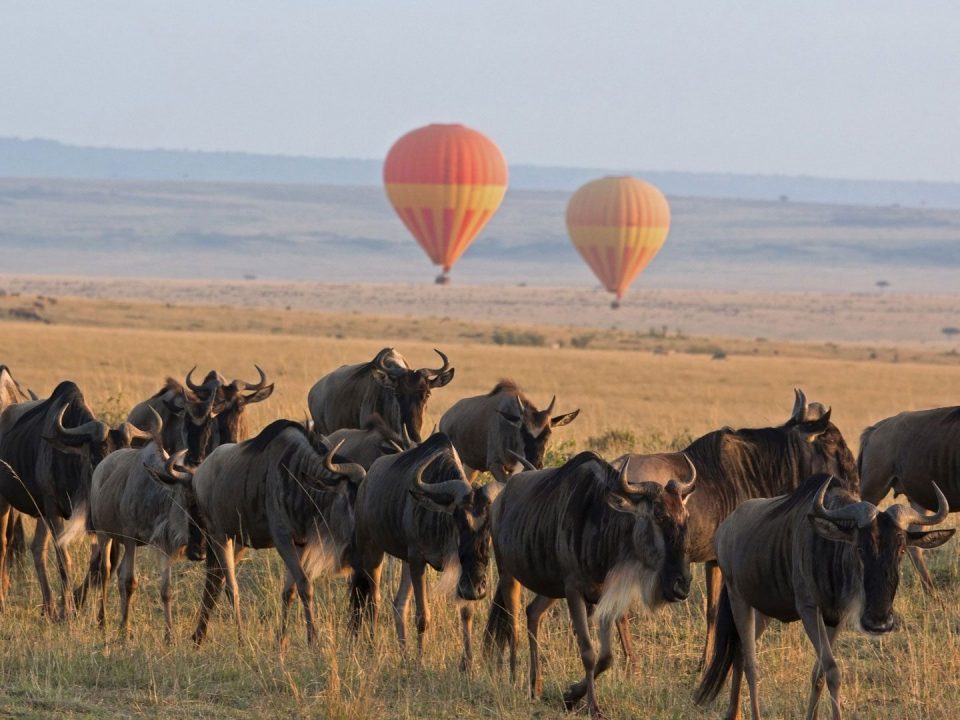