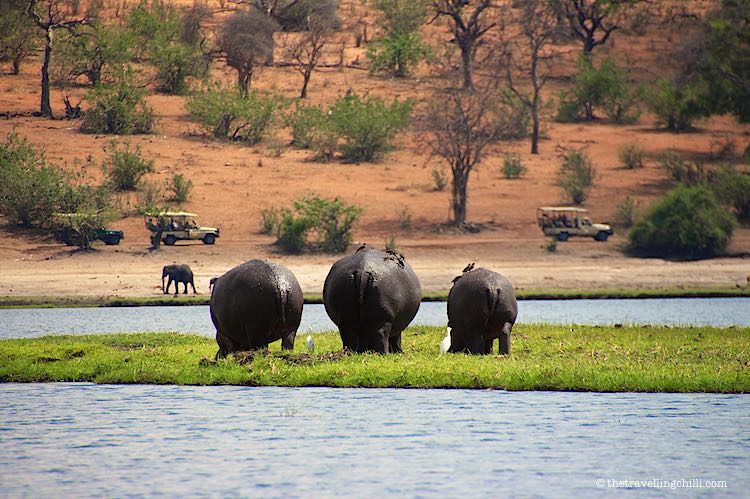 Initially established as a game reserve in 1960, Chobe became the first gazetted national park in Botswana in 1967. The park, along with its four ecosystems, is known for having the largest wildlife populations in Africa.

The park derives its name from the Chobe River which is the main lifeline of the Kalahari Desert. The Chobe River Valley forms the northeast part of the national park and is mainly characterized by thick forests and lush green plains.

The western part of Chobe national park is mainly dominated by the marshland of Savuti and the Linyanti Swamps in the north-western section of the park. The national park has the highest population of elephants in Botswana.

Historical Background of the park.

The San from the San ethnic tribe, who are also referred to as Basarwa, are believed to be the original inhabitants of the area. They were hunter gatherers and mainly survived on high protein food from animals. They were slowly forced out of the park following its establishment as a protected area. Rock paintings within the park provide strong evidence of their early existence in the area.

At the start of the 20th century, the present Botswana was divided into different land tenure systems with the park area referred to as crown land. It was in 1931 when the idea of gazetting the area as a national park was first tabled. This was done in a move to protect the various wildlife species that were under threat in the park.

In 1932, 24,000 square kilometers of land around Chobe district was officially declared a non-hunting ground and two years later, the area was further expanded to 31,600 square kilometres.

The creation of Chobe national park was delayed by a heavy tsetse infestation in 1934. However later in 1953, the government added another 21,000 square kilometers to the area and declared it a game reserve in 1960. It was not until 1967 that the reserve was declared a national park by the government. A few expansions of the park area took place between 1980 and 1987.

Chobe national park is divided into four distinct ecosystems including the Serondela area which is also referred to as Chobe riverfront. This area is situated in the extreme North-eastern part of the park and has the most elephant populations in the park.

The Serondela area also had the most industrial settlements in the park during the earlier establishments of Chobe national park. These settlements were gradually moved out of the park leaving only traces of the prior timber industry.

The Chobe River flows along the Northeast border of the park and it is a major watering spot for majority of the wildlife in the park, especially during the dry seasons which occur between May through October.

Visitors exploring the Serondela area on a game drive safari are bound to view large herds of elephants, Cape buffalo, giraffe, and sable. The flood plains happen to be the only place in the country where the Puku antelope can be sighted.

The Savuti Marsh area is the second ecosystem in Chobe national park. This area covers 10,878 square kilometers and constitutes the western part of the national park. It is situated 50 kilometres north of the Mababe gate.

The Linyanti Marsh is the third ecosystem in the national park. It is located in the extreme northwest section of Chobe national park and north of Savuti. This area of the park is mainly dominated by open and riverine woodlands as well as lagoons. The area has a large concentration of lions, leopards, African wild dogs, elephants, roan antelopes, sable and hippos. Tourists exploring this area of the national park are able to view the rare red lechwe, as well as Sitatunga and a bask of the Nile crocodiles.

The hinterland, which is the fourth ecosystem in Chobe national park, lies between Linyanti and Savuti marshes. It is dominated by the Nogatsaa grass woodland and it is a great place for spotting elands in the park.

This site is to remember the 15 soldiers from the Botswana Defence Force who lost their lives defending their country during the brutal 1977 South African civil war that spilled over into Botswana.

The Ngwenzumba pans are a major tourist attraction in Chobe national park apart from the wildlife. They lie approximately 70 kilometres south of the Chobe River and are mainly composed of a large complex of clay pans which are surrounded by mophane woodlands and grassland plains.

Take a boat cruise along the Chobe River and get to experience the national park from a vantage point. You will get an up-close view of hippos and crocodiles in the river and along its banks, as well as view a number of bird species within the area.

Game drive safaris in Chobe national park offer visitors a marvellous way to explore the large varieties of wildlife in the park. The park offers visitors both day and night guided game drives. You may be surrounded by large herds of elephants as they make their way to the Chobe River to wench their thirst and cool off from the scorching heat in the park. You will also view other wildlife animals such as giraffe, kudu, roan and sable antelopes, warthogs, bushbuck, monkeys, baboons, lions, leopards and so many more.

With a record of more than 500 species of birds, Chobe national park is ideal for birding safaris in Botswana. Common species seen in the park include the ubiquitous cormorants, Fish Eagle, the Martial Eagle, carmine Bee-eaters, Pels Fishing Owl, Spur-winged Geese, Egyptian Geese and the Sacred Ibis to mention but a few.

Accommodation in the park.

How to get to Chobe National Park.

Chobe national park can easily be accessed by road from Kasane town which is situated west of the national park. The town is located six kilometres from Chobe gate. The park is only a 90 minute drive from Victoria Falls which makes it easy for tourists to combine a visit to the park with a trip to Victoria Falls national park in Zimbabwe.

Tourists can as well travel to Chobe national park by air. Domestic flights are always available to Kasane airport which serves the national park. Visitors can fly from Victoria Falls Airport in Zimbabwe or Harry Mwanga Nkumbula International Airport in Zambia and land in Kasane Airport. 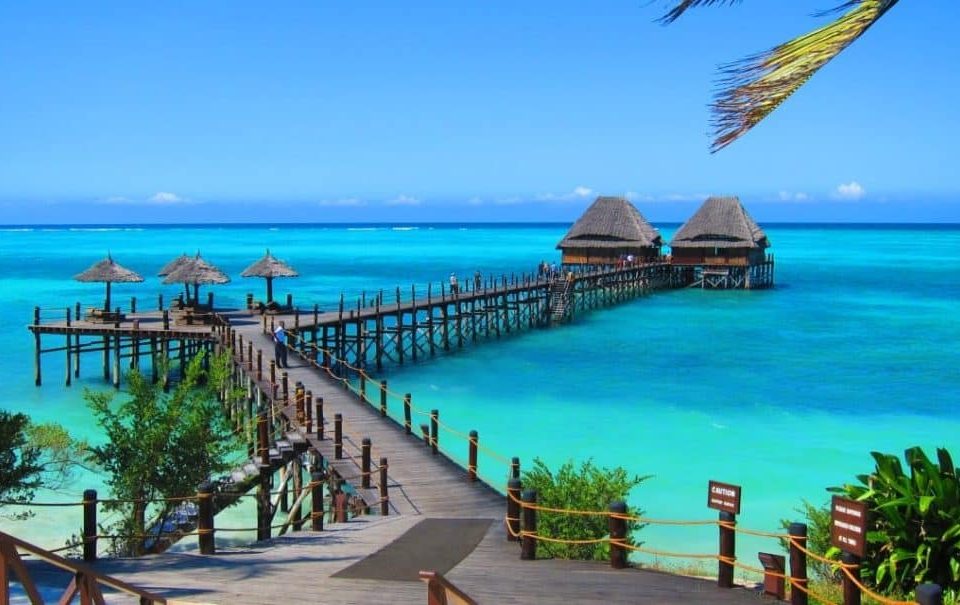 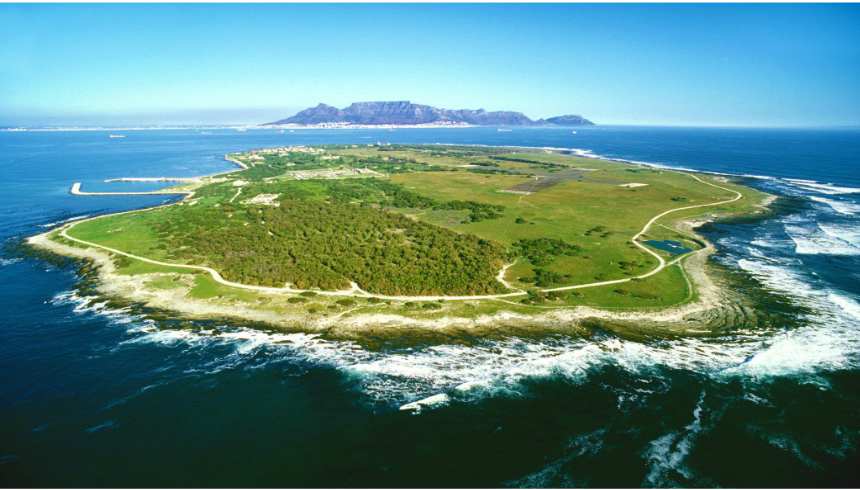 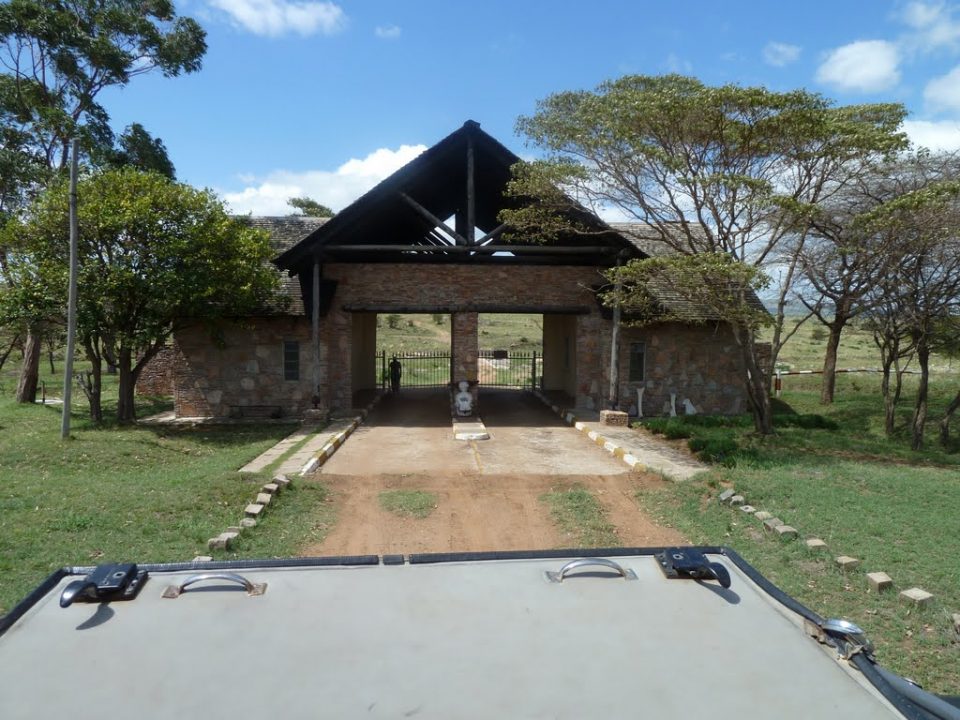 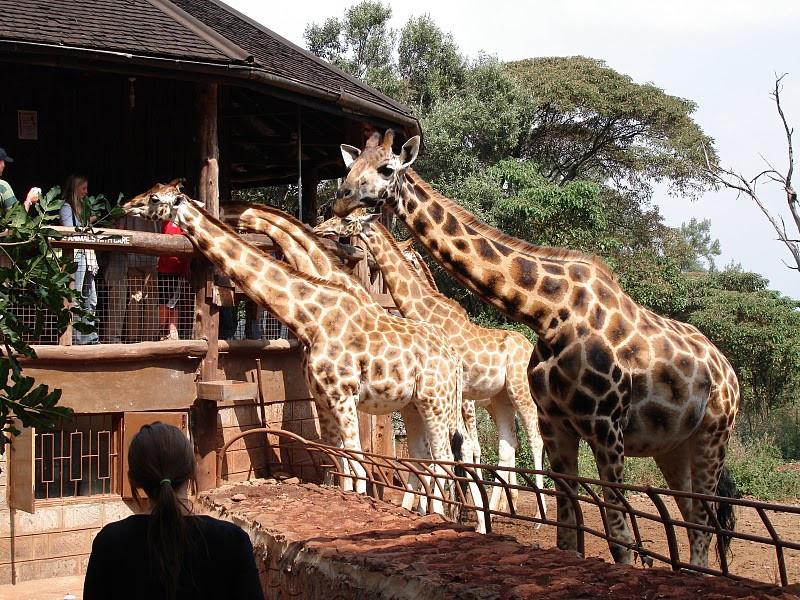 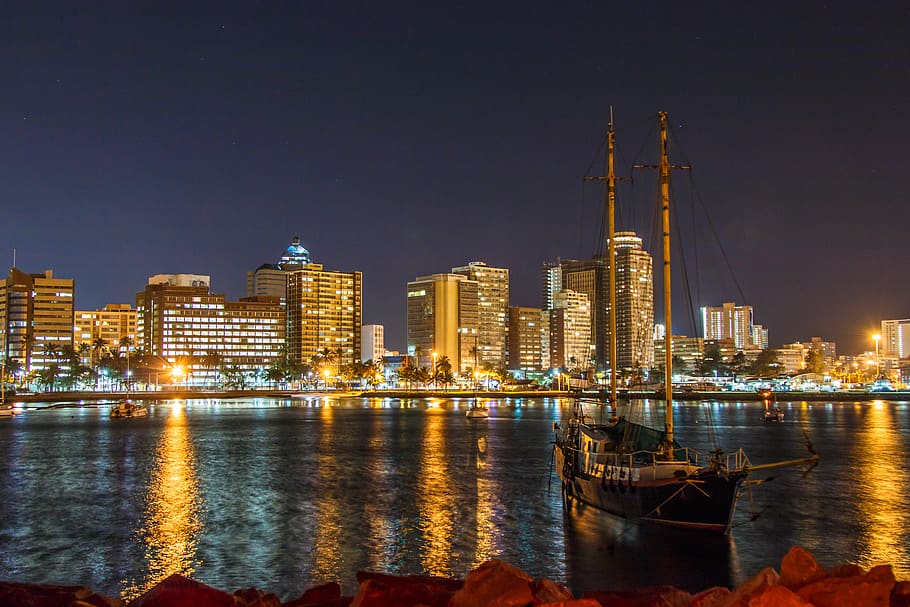